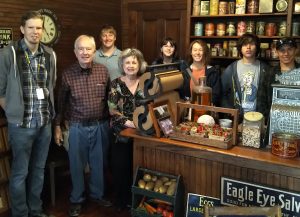 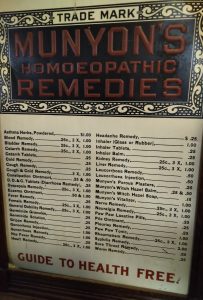 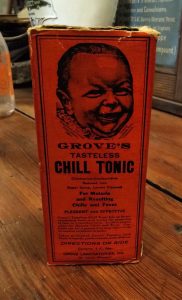 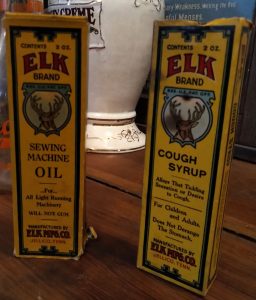 The students were especially fascinated by the patent medicine collection that Terry and Jean have collected over the years. For example, “snake oils” like Elk Brand oil and Grove’s Tasteless Chill Tonic for malaria and fever. Surprisingly, the Elk brand sewing machine oil is exactly the same as the Elk brand cough syrup. Such products were legal because food and drugs were not regulated by the Federal government until 1906, following investigative journalism about the dangers of patent medicines and articles about meat quality.

E.W. Grove sold so much of the Chill Tonic that he became a millionaire hotelier, philanthropist, and real estate developer in Atlanta and Asheville, NC (both have Grove Park neighborhoods). In the 1890s, Grove’s Chill Tonic sold more bottles than Coca-Cola.